The Tropicana Gold Project is located 330km ENE of Kalgoorlie in Western Australia.

Tropicana is located on the western edge of the Great Victoria Desert. The traditional custodians of the area emanate from the Wongatha and Spinifex peoples.

The Tropicana discovery was made in 2005 and additional discoveries were made at Havana in 2006 and Boston Shaker in 2010. A Bankable Feasibility Study was completed and development approval received in 2010. Mining commenced in 2012 and first gold was produced in September 2013. Since then, over three million ounces have been mined via open pit from the Tropicana Operation. In September 2020, commercial production was declared from the Boston Shaker Underground Mine, the first underground operation at Tropicana.

The Tropicana joint venture concession packages comprise approximately 2,600km2 of tenements stretching over some 160km in strike length along the Yilgarn Craton and Fraser Range Mobile Belt Collision Zone. Tropicana lies to the west of a major tectonic suture between the Yilgarn Craton and the Proterozoic Albany-Fraser Province that stretches over 550km. The majority of the project covers tectonically reworked Archean rocks which form the eastern margin of the Yilgarn Craton. The regional geology is dominated by granitoid rocks, felsic to mafic paragneiss and orthogneiss, and felsic to ultramafic intrusive and volcano-sedimentary rocks. Tropicana is a rare example of a large gold deposit within high grade metamorphic rocks that have undergone widespread recrystallisation and melting.

During FY20, a total of 10.6Mt of ore and 81.7Mt of waste material was mined at Tropicana from a combination of the Boston Shaker, Tropicana, Havana and Havana South open pits.

The Tropicana processing plant milled a total of 8.7Mt of ore during FY20, at an average grade of 1.84g/t Au. This higher throughput rate, as compared to FY19, was implemented to offset lower head grade milled during the year as the operation transitions from open pit to underground. Gold recovery was 90.1% for the year.

The Tropicana mine sits on a broader 2,600km2 tenement package which remains relatively underexplored. Exploration is focused on unlocking regional brownfields and greenfields discoveries through various deep diamond and RC drill programs.

Regional exploration programs have also delivered encouraging results from targets including Voodoo Child, New Zebra, Springbok and Paradise, which will be followed up in FY21. 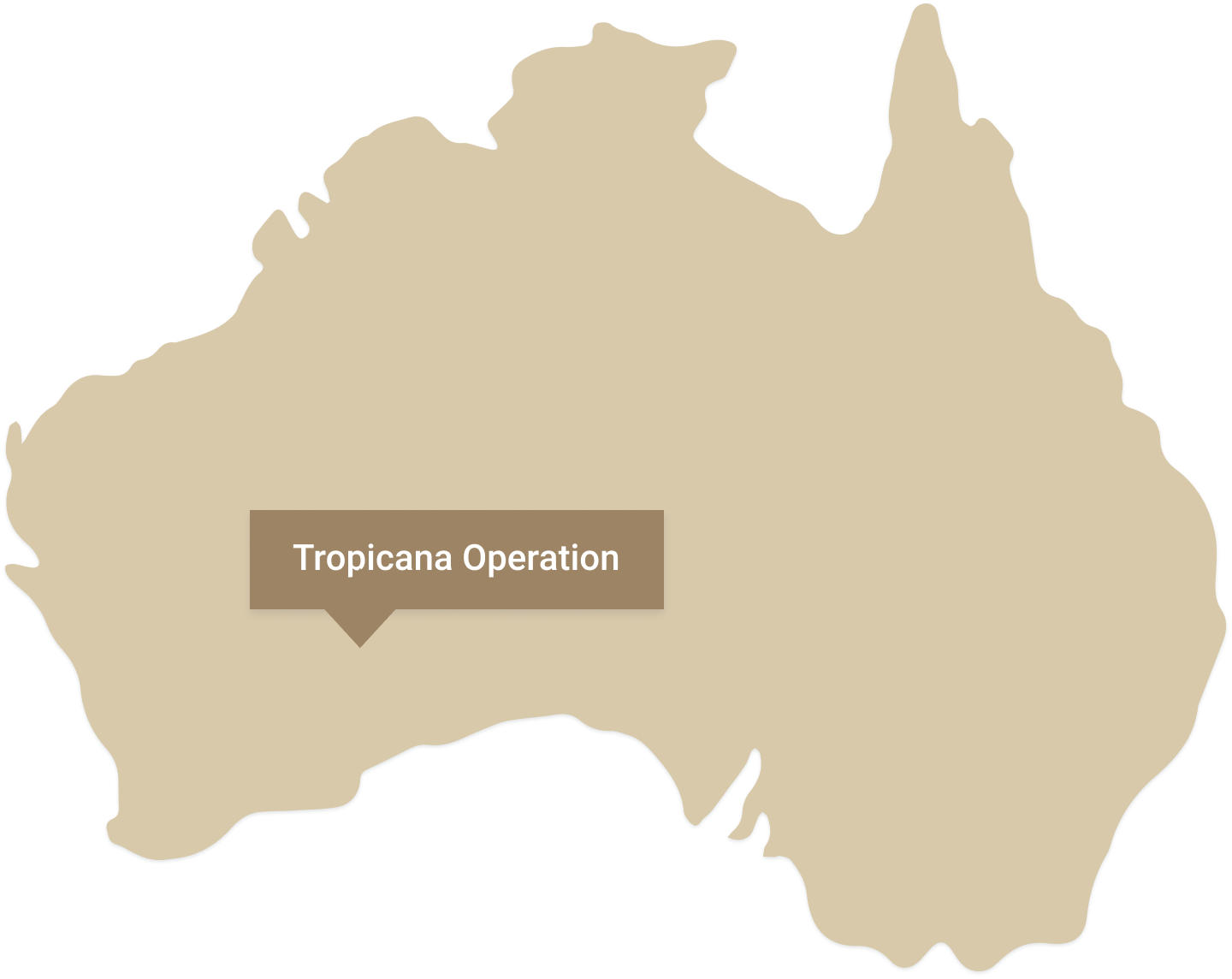 Keep up to date with all the latest news. You can unsubscribe at any time.